Co-operative Development Foundation of Canada (CDF) is our Charity of Choice!

Co-operative Development Foundation of Canada (CDF) Our Charity of Choice.

CDF, in partnership with Canadian Co-operative Association (CCA), helps people to work their way out of poverty – we have seen it for ourselves. Like the 440 disabled workers in the Philippines. Their co-op jobs mean the difference between a life of dignity, supporting themselves and their families, and a life of supreme indignity, many begging on the streets to sustain a miserable life of poverty. Last year the funds contributed helped over 2.6 million families in 15 countries. Over the last four years, credit union members in Africa and Asia accumulated $140M in savings and this is fueling economic and social development in the community – development with lasting results with the help of CDF/CCA. Please support us and help these families and their communities. For more information see CCA or CDF

The top of Africa

The Journey to plant the International Year of Co-operatives flag on the top of Africa, August 25 – September 1, 2012.


For those who haven’t been following the blog, we had a great team.:  Three of us are career co-operators who work together at Canadian Co-operative Association International Development division:  Ingrid Fischer, Africa Region Director, and a Canadian who resides in Uganda, Lydia Phillips, Asia/Americas Region Director and Jo-Anne Ferguson Senior Director.  Lydia and Jo-Anne work in the Ottawa office.  We were joined by two friends:  Monnie Biety, international consultant for credit unions, who resides in Colorado and her niece Gabrielle Markel, who just finished high school and lives in Alaska.  (Gabrielle brought the average age of the team down.)
The trip was a year in planning. We researched and worked on our personal conditioning.  When our dear friend Myrna Bentley had to withdraw due to her health she committed to accompany us in spirit.  We took a deep breath and knew we simply had to make it to the top.

This was our first glance of Kilimanjaro as the plane landed.  We started to sense the reality of our challenge even though the mountain still seemed a long way away.

There are several routes to the top.  We chose the Lemoshe 8-day route as it offered the best chance of success giving us time to adapt to the altitude.  Ultimate Kilimanjaro was our guiding company and we were pleased with their competence and supportive approach.  We had two Guides, one Assistant Guide, a Cook and 16 Porters carrying camping and cooking equipment.  We found a co-op connection -- our Guide Raymond wore gaiters from Mountain Equipment Co-op!

It is NOT a wilderness hike – you may get tired but you won’t get lost!  At any time there are hundreds of trekkers on the mountain lead by qualified guides and porters. We shared a camp each night with about 200 hikers.    Here’s one of the camps: 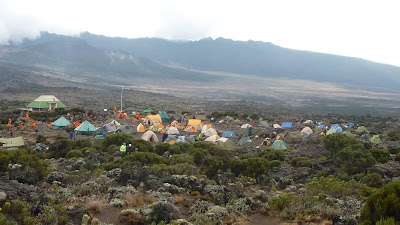 All trekkers proceed “pole pole” (pronounced polĕ - polĕ) which means “slowly, slowly” in Swahili and is the best advice for anyone who wants to make it to the top. After carefully reading the instructions (better late than never) we were ready to go. 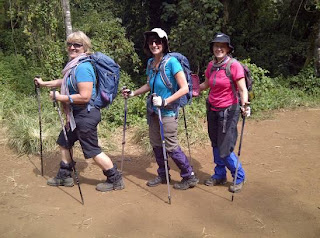 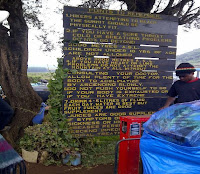 
We spent our first day and part of the second day in the forest. It’s very lush dense vegetation with heavy rainfall.  This is from about 1,800 to 2,800 meters.    It was breathtakingly beautiful. 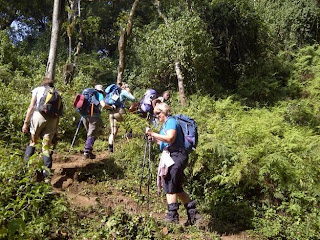 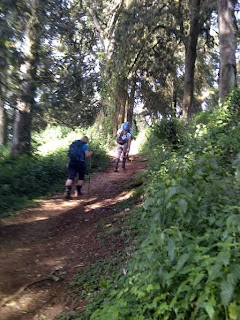 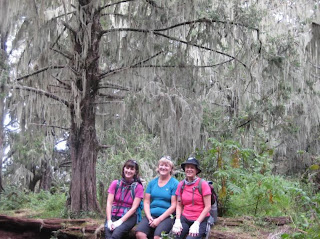 
The heather zone is a transition from the forest to the moorland. We found mist and fog close to the forest and low-growing shrubs growing in dense masses. 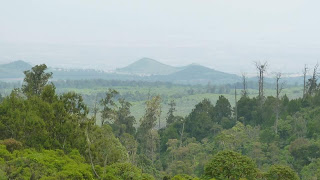 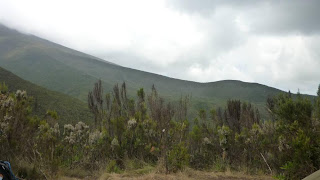 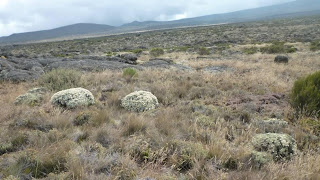 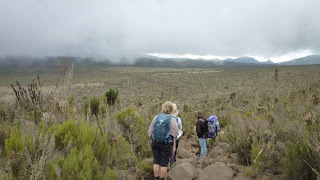 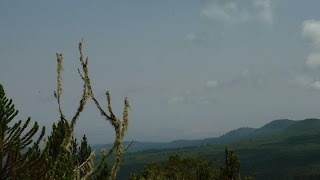 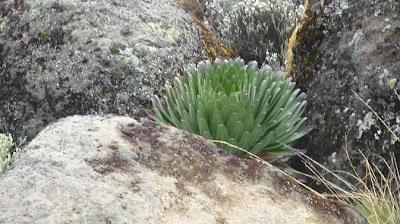 This is an open area with peaty soil covered with heather and bracken and moss. It’s very cool and clear climate and it’s where we really started to feel the elevation changes.  We had frost on our tents in the morning and the sun was very intense during the day.


From our camp on day 3, we had a closer look at our goal – the top of Kilimanjaro!  The excitement was growing and we tried to keep the butterflies in our stomachs flying in formation. 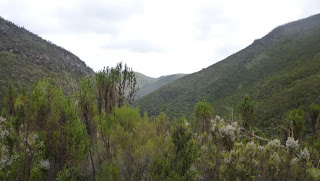 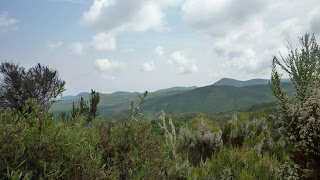 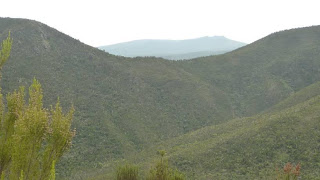 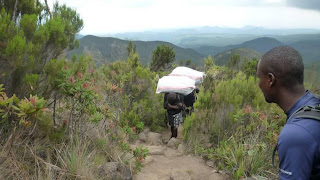 The Moorland was interesting and made us think of Lord of the Rings. 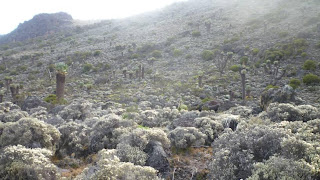 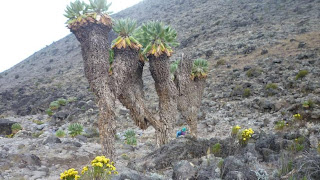 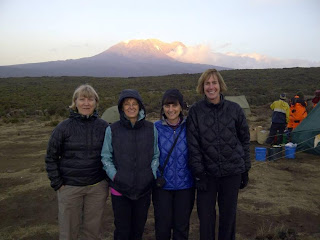 This is generally anywhere above 14,000 ft and we arrived here on day 5.  It has very intense radiation, high evaporation and big fluctuations in the temperature. At nights it was about zero Celsius and about 20 degrees Celsius during the day. There is little to no water and pretty much no plant life. 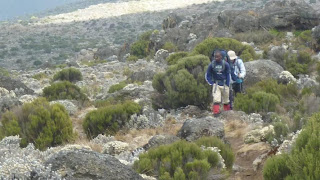 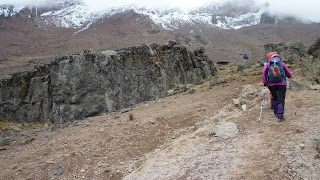 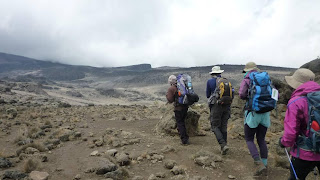 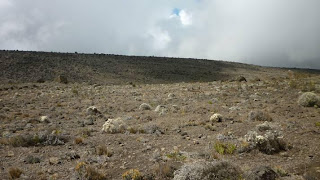 The Co-operative Development Foundation of Canada has been raising funds to build a better world for over 60 years. Be a part of that goal by supporting our climb. Visit CDF Canada to donate. 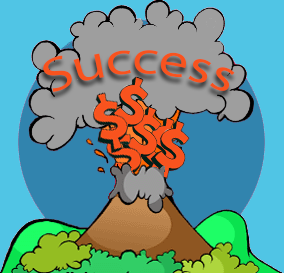